Top 10 Places to Visit in Bihar

Bihar is the 13th largest state of India, and 3rd largest by population. It is contiguous with Uttar Pradesh to its west, Nepal to the north, the northern part of west Bengal to the east and with Jharkhand to the south.  The name Bihar comes from the Sanskrit and pali word, vihara, which means “abode “.

In ancient India, Bihar was the centre of power, learning and culture. Aryabhatta, chanakya, Ashoka , Guru Gobind Singh  were some of the famous historical personalities born in Bihar.  The oldest university –Nalanda University is in Bihar. The Bihar plain is bifurcated by the river Ganges which flow from west to east.

Bodh Gaya is located in near Patna, the capital of Bihar. The bodhi tree at Bodhgaya where is Buddha, Siddhartha Gautama, who attained enlightenment or prefect insight when he was mediating under it. The Temple was built directly to the east of the bodhi tree which is supposed to be a direct descendent of the original Bodhi tree. You can get great discount on ticket booking using makemytrip coupons.

The site is located about 95 km southeast of State Capital Patna near the town of Bihar Sharif. Founded in the 5th century A.D. Nalanda is known as the hub for ancient method of learning. Many teachers and students from all over the world lived and studied at Nalanda, the first Residential International University of the world. The famous Chinese traveller and scholar Hieun-Tsang stayed here and has given a detailed description of the situation prevailing at that time.

It was built in remembrance of the birthplace of Guru Gobind singh  Ji, the tenth guru of the Sikhs on 22 December 1666, and like many historical Gurudwara’s in India and Pakistan , this gurdawara too, was built by Maharaja Ranjit singh.

The great Buddha statue popularly known as 80’ Buddha statue was unveiled and consecrated on November 18, 1989 with ceremony graced with the presence of his holiness the XIV the Dalai Lama, who blessed the 25 metres statue. It was the first great Buddha statue built in the modern history of india.tne statue is situated next to mahabodhi temple at bodhgaya.

The state museum of Bihar is an important place and not to be left out of the itinerary of anybody visiting the state capital. Built by the British ruler in 1917 the grand building is a fine example of the indo-Saracenic architectural style.

Presently the most visited hot spring is in eastern slope of Vaibhar hill. There are multiple Hindu temples with main hot springs, and it is very popular for the Hindu pilgrims. This water is supposed to be healing especially for arthritis and joints pain.

The magnificent white marble and concretes Stupa Dome is of 125’ high and was built in 1969 at the top of the Ratnagiri hill to commemorate the Buddha.

It’s a granary built in the year 1786. The beehive-shaped structure was designed by Captain John Garstin. This building has a height of 29m and is pillar-less with 3.6m wall.

This temple means water also known as Apauri located in Pawapuri or Pava is a holy site for Jains in the Nalanda district. Around 500 BCE the 24th Tirthankara Mahavir is believed to have gained Nirvana at this place. It is also known as Apapuri meaning ‘no sin palce ‘is one of the most sought after destination for the Jains.

It connects Patna in the south to Hijapur in the north of Bihar and is one of the second longest river bridges of India.  It was inaugurated in May 1982.  The bridge consists of 45 intermediate spans. The cantilever segmented construction method was adopted to construct this mega bridge. You can get detail of Off Campus Jobs online from fresh hiring.

Bihar has historically has been the hub of knowledge and power. It has many interesting things to boast off. For the tourists these are some of the top tourist’s attraction places to visit with family and friends. These places have great views, knowledge and historical structures. 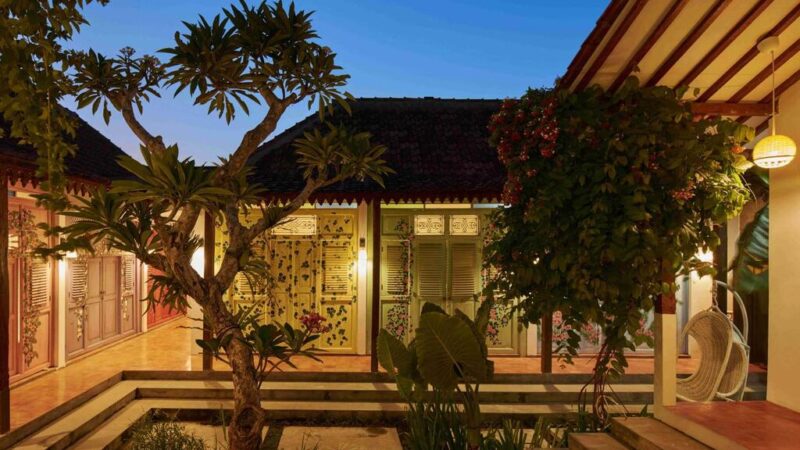 Top 4 Saving Tips to Minimize Debt During the Holidays

Must Visit Tourist Places In India

Top 5 Landscapes To Travel In India