Demand for Selenium Training in Chennai

Even today, 80 percent of enterprise testing is done manually. This is crazy. We’re getting ready with autonomous cars on the one hand, but, on the other hand, we’re manually testing the software that’s so fundamental to every enterprise. If you move to Agile development but your testing cycle is still 6 to 12 weeks due to manual testing, you’ll fall right back into a Waterfall mode.

In our day-to-day life, we are used to facing questions whenever we learn something new. Whether its end-of-chapter quizzes or mock tests, this practice makes our learning stronger. Similar is the case with every product or service. Companies that design something new need to be convinced that their product would not fail when it is adopted by customers. So, they conduct rigorous testing of the product and ensure that all of its functionalities are working properly and there are no issues encountered.

Software development has come a long way and many tests are conducted on it to make the best-in-class version ready for release. Earlier, testing of software was conducted manually. Testing manually had various drawbacks like it was time-consuming, there were many chances of errors, required manual creation of logs, and the presence of tester was required for the entire duration. This is where automation testing came into the picture.

Automation testing, simply put, is the process of utilizing various tools to control test execution and compare the actual results with the desired results. It reduces the tedious manual tasks of testers by running a set of scripts so that the entire process gets automated. Since the tests can be conducted repeatedly at any time, it also fits in continuous testing or continuous integration approaches to software development like DevOps.

When we talk of automation testing tools, the first tool that comes into the mid of developers is Selenium. Let us learn more about this interesting tool and why seeking Selenium training in Chennai, Bangalore, Hyderabad or any other city is beneficial for your career.

As already introduced, Selenium is an automation testing tool, or more specifically a suite of tools used to automate web browsers. Developed in 2004 at ThoughtWorks, Selenium is an open-source testing suite that supports automation across different browsers, operating systems, as well as programming languages. Among the various types of applications like web, desktop, or mobile, Selenium is particularly used to automate web applications for testing purposes.

Read more about Selenium and its concepts in this Selenium Tutorial.

Benefits of taking up  a Selenium Training

Selenium is a popular tool and everyone willing to start a career in the field of test automation should know how to use it. Before going for a Selenium training course, you must have prior knowledge of software testing. So, make sure that you get the basics right before starting to learn Selenium.

Here are some of the skills that a Selenium training course can provide you:

Well, there is a lot to know if you wish to gain expertise in Selenium. So, choose up a training program wisely. That said, there are some online tutorials you can follow and some training providers like Simplilearn, LinkedIn Learning, Coursera, and Udacity whose Selenium courses are worth your time and effort.

Learning Selenium, among other relevant skills, can make you eligible for popular job roles like Test Managers, Test Lead, QA Engineer, and Test Analyst. According to a report, the global automation testing market size was valued at USD 12.6 billion in 2019 and predicted to reach USD 28.8 billion by the year 2024, with a Compound Annual Growth Rate (CAGR) of 18 per cent from 2019 to 2024. The report also lists the major automation testing vendors which include some Indian companies like Invensis Technologies, Codoid, Cygnet Infotech, and QualityKiosk Technologies.

Such high worth is indicative of the fact that automation testing has a bright future, and the growing adoption of Agile and DevOps methodologies are further fueling the rise of the automation testing market. Automation test engineers earn an average annual salary of ₹439,785 in India (source: Payscale), and knowledge of the Selenium automation test tool can enhance their salary prospects. So, get ahead of your peers by learning Selenium soon. 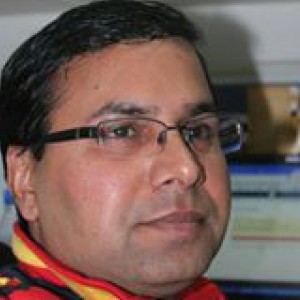 Sarah Williams is a writer and editor. Writing is her Fashion. I have 5+ year writing experience.

5 Ways of Contributing to the Society through Internet

Different Thoughts Some People Are Uncomfortable with Innovation

The Coolest Graffiti Apps Out There

What are the advantages of amazon mws integration?

The best cat chew toys you can buy right now

What is The Use of Serum on Eyelash?

Ways to Exercise Without Realizing It

How to Have Healthy Blood Vessels

HOW HAS ONLINE LEARNING FAST-TRACKED THE HEALTHCARE INDUSTRY